A secret weapon in the insurance industry’s arsenal is a defense that we refer to as insurance policy inapplicability. In a nutshell, if the insurance carrier can allege that the actions of their driver were outside the scope of what the policy covers, then they are able to not pay you even though their driver caused the accident. This article will explain what an insurance policy is, how insurance companies can manipulate the policies, and what we can do to help. Please visit our website. 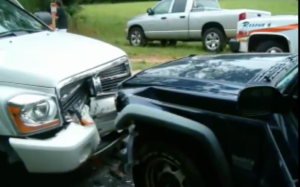 We all understand that not all insurance policies cover the same issues. For instance, if you cause a car accident, you wouldn’t expect a claim filed your home or life insurance because those two policies only cover certain situations. When an insurance carrier can argue that the scope of a policy does not include the type of situation on which your grievance is based, then you are literally barred from receiving compensation for that policy. So when a car insurance carrier can explain that the situation surrounding your accident is not covered, they are often essentially saying “sorry but you have the wrong type of coverage.”

Our firm was contacted by a woman who suffered from minor injuries in an accident when her car was sideswiped by a fellow commuter. Her claim had been denied and she contacted us hoping we could remedy the situation. She explained that the person that hit her was probably in a rush and not paying attention, but in order to make her story sound more compelling, she explained to the insurance adjuster that he hit her in a fit of road rage.

She thought this would frighten the insurance adjuster into making a quick settlement because she figured, who would want to defend someone like that. Her plan backfired and the insurance carrier denied the claim on the basis that they do not cover intentional torts (deliberate acts), the policy only covers negligence, and if he hit her on purpose the insurance policy does not apply. She admitted she exaggerated thinking would help, and since we cannot in good conscience help someone who was being dishonest we could not represent her in her case.

How Insurance Policies are Supposed to Work

As you have probably gathered insurance policies cover negligent acts that are mistakes or derive from ordinary recklessness. An insurance policy, may not apply when an insured driver is racing, either on track or street, or when the driver is driving drunk.

Insurance carriers love nothing more than to argue that it doesn’t apply because they don’t have to argue that their driver wasn’t liable, only that his actions aren’t covered so you only have recourse against him. The problem is that insurance carriers will unfairly claim that the circumstances of your accident fall outside the scope of what their policy was designed to cover. 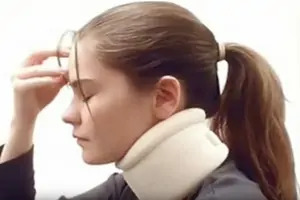 Our Attorney has over twenty years of experience and have dealt with literally thousands of car accident cases. We know how to deal with the insurance companies to make sure that they accept responsibility for their driver’s actions. We will help you through the entire process and deal directly with the insurance company on your behalf and get you the fair settlement that you deserve. Call today for a free consultation at