Have you been injured in an accident with a flatbed trailer truck? The San Antonio trucking accident attorneys of our firm can help you.

San Antonio is a hotbed of activity for trucking accidents and injuries of all variety including accidents involving trucks with flatbed trailers.

Flatbed trailers are generally employed to transport large and massive items that would not ordinarily fit into a normal cargo container. Far too often, these vehicles are used to transport cargo that is even too large for the trailer.

This creates a possibility for a unique type of accident. Most commonly, flatbed trailers can cause accidents whereby the cargo falls off of the trailer and collides with another motorist. Again, these trailers generally transport massive cargo, and such a collision can prove to be devastating with for the occupants of the car unfortunate to collide with the displaced cargo.

In such an event, there may be several potential defendants in the case. Naturally, the driver of the truck and their insurance company will bare some considerable portion of liability in the accident. Additionally, another company altogether may have been responsible for loading and securing the cargo, which would make them a likely defendant as well.

In cases where the cargo fell from the flatbed due to a collision with another vehicle, that vehicle may be liable as well for causing the accident.

Furthermore, if the event that the cargo is forced from the vehicle due to a collision with an overpass, trees, a power line, etc. the parties responsible for designating the driver’s route may also be to blame. Our Texas flatbed and trailer accident lawyers are here to ensure that you receive the compensation deserved.

A husband and father of three was killed when the driver of an 18-wheeler veered into oncoming traffic, striking the young man’s vehicle and several others. The defendant was employed by a small construction company that operated only a single 18-wheeler. As such, the defendants were largely underinsured and were not financially solvent.

Furthermore, the defendants had an eroding insurance policy and numerous other parties were intent upon filing claims of their own since the 18-wheeler struck multiple other vehicles. This created the need for an aggressive and rapid response before the other claimants could erode the policy.

Defense counsel made it clear that they wished to litigate the case despite the insurmountable liability arguments that our attorneys presented. They intended to designate a third party as a responsible defendant since the accident happened in a construction zone, even though it was abundantly clear that the construction zone played no role in the crash.

Additionally, the defendants made it clear that they wished to downplay the extent of the damages by virtue of a character assassination on the decedent. Fortunately for our clients, our firm has successfully litigated against the defendant’s insurer in nearly a dozen cases, so the carrier was quite aware of our courtroom capabilities. We presented a sample lawsuit to the defendant’s insurance carrier and informed them that the lawsuit was to be filed the moment that they refused to settle. 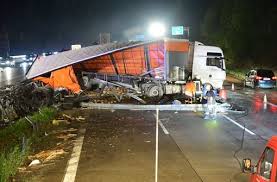 Additionally, our attorneys submitted a Stowers’ Demand with a brief window of time for the defendants to respond. We made it abundantly clear that we intended to seek punitive damages and that we would assert the full limits of the carrier’s exposure under the Stowers’ Demand should the carrier not offer policy limits.

The defendant’s attorney adamantly persuaded the carrier to litigate, however, our attorney’s threats of litigation, past track record, and incredibly aggressive pre-litigation actions convinced the insurance carrier to disregard their own attorney’s advice and to settle the case, lest they face our attorneys in court.

Had our clients been represented by virtually any other firm who did not have our specific track record or who would have not recognized that this case required special and immediate attention coupled with an abnormally aggressive stance, the client’s would have certainly been tied up in litigation for years, with the limited supply of funds rapidly depleting since the other claimants who did not need to litigate would have essentially had right of first refusal.

Powered by Convert Plus